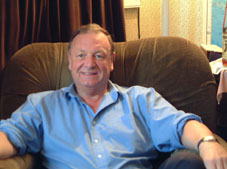 Pat D’Arcy (1998), whose doctoral research programme I supervised, always emphasized the importance of making aesthetically engaged and appreciative responses to the stories of others. Taking my lead from Pat I’m first going to make an aesthetically engaged and appreciative response. Then I’m going to make a response in relation to a point I made in the Workshop at Durban University of Technology on the 8/9th December 2009. The point was specially focused on making public the explanations of educators in DUT for their educational influence in their own learning, in the learning of others and in the learning of the social formations in which we live and work.  The workshop was part of the ongoing work of SeStuTHE (Self-Study for Transformative Higher Education).

Joan Conolly passed to my wife Joan and I a copy of B P Singh’s story ‘When The Chalk Is Down’ marked the 11th December 2009, as we left for our flight from Johannesburg to Heathrow on the 21st December.  Over the past week the UK has been subjected to snow falls that have closed many roads, schools and universities. This has given me several days of peace with which to read and enjoy ‘When the Chalk Is Down’.  I carried a memory of BP into my reading from a video-clip I made during a conversation with him at DUT. You can access this 2:06 minute clip at http://www.youtube.com/watch?v=y-j5jHxyV3k . B P is talking about empowerment through education and I can feel his energy-flowing values that give me hope for the future of humanity and my own through ‘When The Chalk Is Down’.

B P’s story captivated my imagination and resonated with the life-affirming energy and values that I associate with a sustainable future for humanity. I enjoyed the relational dynamic of the life of an activist in Apartheid and Post-apartheid South Africa as he worked tirelessly for 25 years to right a wrong over the withholding of the deeds of his parent’s house. I felt privileged to share insights into a family life influenced by Indian cultural values and sustained by a loving relationship with Irene, his wife. I can understand the importance of the following in the Acknowledgements:

“The idea of me reflecting and writing about my life was inspired by the demise of my parents. However, the conception of this book lies with my beloved wife, Irene, who served as conscience, mentor and dedicated supporter throughout the process of compilation and publication…..”

I liked the emphasis on the importance of relationships, trust and solidarity throughout the story as well as the importance of holding firm to the expression of justice and integrity when these were under threat by the inappropriate behaviour of others.

The sustained commitment to persist in resisting the imposition of inappropriate power relations filled me with admiration as this continued through a career long engagement in junior and senior positions in schools, unions and the regional offices. I enjoyed the movement between the emotionally charged meetings in schools and the entertaining stories of several car journeys. Because of recent experiences of travelling on dirt roads in rural communities in Kwa Zulu Natal, I could identify with the stories of the exciting, eventful and sometimes dangerous journeys to Mzingezwi School!

It was with some relief that I learnt that the deeds were finally handed over for the house on the 1st July 2008, with the poignancy of knowing that BP’s Father had died before the transfer and that his Mother’s dementia prevented her from comprehending that the deeds had been transferred.

When Joan (UK) finished reading the story she commented on how good this could be as a film and wondered if a filmmaker such as Ken Loach would take it on. Ken has focused some of his films on stories of union activity and ‘When The Chalk Is Down’ might appeal to him.  I do agree with Joan (UK) that the story is gripping and could make a very good film.

Response intended to relate the story to developing the international significance of educational research in the self-study for transformative higher education (SeStuTHE) at DUT.

The lens through which I am making my response is focused by my beliefs about the nature of educational theory. I believe that educational theory is constituted by the explanations that individuals produce to explain their educational influences in their own learning, in the learning of others and in the learning of the social formations in which we live and work. I also believe that individuals can generate their own living theory methodology for the generation of their living educational theory. I have outlined some of the characteristics of a living theory methodology in the Educational Journal of Living Theories at: http://ejolts.net/node/80 .

I believe that B P Singh could transform his story into a living educational theory and a highly original contribution to educational knowledge that could enhance the reputation of DUT as being at the forefront of self-study research for transformative higher education.

The way that this could be done is first by connecting the story to the November 2009 issue of Educational Researcher on Discourse on Narrative Research.

Here is a list of contents of this issue of Educational Researcher:

Tom Barone – Comments on Coulter and Smith: Narrative Researchers as Witnesses of Injustice and Agents of Social Change?  Educational Researcher 2009 38(8): 591-597.

BP’s story can be seen as that of a narrative researcher witnessing injustice as an activist in social change. It is easily connectable to Barone’s (2009) paper and to the collection of papers on discourse on narrative research that are at the forefront of discussions in Educational Researcher – the newsletter of the largest organization of educational researchers in the world.

Where B P could make a highly original contribution to educational knowledge is in relation to the paper by Jean Clandinin and Shaun Murphy on “Comments on Coulter and Smith: Relational Ontological Commitments in Narrative Research.”

The Abstract of the article is below and I want to focus on the point that:

“… research texts need to speak to the everyday experiences of researchers and participants to arrive at an understanding of those experiences as ‘storied’ phenomena within social, cultural, institutional, and linguistic narratives.”

In this comment article on Coulter and Smith (2009), the authors raise concerns that focusing exclusively on issues of representation may lead readers to misunderstandings about narrative research. The authors argue that narrative ways of thinking about the phenomena under study are interwoven with narrative research methodologies. Drawing on Dewey’s theory of experience, they discuss three features of an ontology of experience. They highlight distinctions between narrative research and other forms of qualitative inquiry, attend closely to the transition from field texts to research texts, and address the interconnections between ontological and ethical commitments. In their view, research texts need to speak to the everyday experiences of researchers and participants to arrive at an understanding of those experiences as “storied” phenomena within social, cultural, institutional, and linguistic narratives. (Clandinin and Murphy, p. 598)

What I am suggesting is that B P’s story could be transformed into a highly original contribution to educational knowledge through a reflective analysis of B P’s storied life as a self-study of transformative higher education.

“Narrative research has many forms, uses a variety of analytic practices, and is rooted in different social and humanities disciplines (Daiute & Lightfoot, 2004). ‘Narrative’ might be the term assigned to any text of discourse, or, it might be text used within the context of a mode of inquiry in qualitative research (Chase, 2005), with a specific focus on the stories told by individuals (Polkinghorne, 1995). As Pinnegar and Daynes (2006) suggest, narrative can be both a method and the phenomenon of study. As a method, it begins with the experiences as lived and told stories of individuals. Writers have provided ways for analyzing and understanding the stories lived and told. I will define it here as a specific type of qualitative design in which ‘narrative is understood as a spoken or written text giving an account of an event/action or series of events/actions, chronologically connected’ (Czarniawska, 2004, p. 17). The procedures for implementing this research consist of focusing on studying one or two individuals, gathering data through the collection of their stories, reporting individual experiences and chronologically ordering (or using life course stages) the meaning of these experiences.” (pp. 53-54)

Creswell describes a biographical study as a form of narrative study in which the researcher writes and records the experiences of another person’s life. He says that

As a narrative enquiry B P’s story has captivated my imagination and evoked feelings of admiration and inspiration. I believe that it could do more in enhancing educational practice if it was transformed into a living educational theory.

By this I mean that B P could make explicit the meanings of the embodied values and understandings that he expresses in his educational relationships in higher education and that have evolved throughout his professional engagement in different educational contexts. I have outlined how this could be done in my reflections on the recent workshop and individual conversations at DUT (Whitehead, 2010 – http://www.actionresearch.net/writings/jack/jwdutpaperAopt.pdf).

The move that could transform the present narrative into a living educational theory would be:

BP is expressing in his educational relationships;

Laidlaw. M. (1996) How Can I Create My Own Living Educational Theory As I Offer You An Account Of My Educational Development? Ph.D. Thesis, University of Bath. Retrieved 15th January 2010 from http://www.actionresearch.net/living/moira2.shtml

Whitehead, J. (2009) Justifying the use of a living theory methodology in the creation of your living educational theory. Responding to Cresswell. Retrieved 15th January 2009 from  http://www.actionresearch.net/writings/jack/Cresswellqualitativemethods.pdf