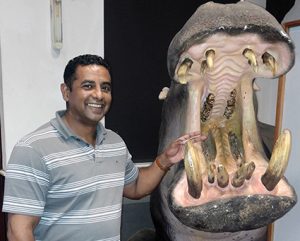 “When the Chalk is Down” by Dr. B.P. Singh is a literary masterpiece articulating themes which resonate nationally and internationally.  Autobiographical works by teachers are rare. Part of the reason may be that teachers’ lives are considered mundane. Yet teachers fill a vital cog in the development of individuals, society and the economy.  Teachers in South Africa were at the forefront of change and transformation, witnesses to history. Dr. Singh’s ability to absorb the reader into events, which may on the surface seem mundane, is worthy of praise. Personal histories are important and relevant. Spencer W. Kimball, the American business, civic, and religious leader, succinctly summed the relevance and importance of personal history when he stated:

“Do not suppose life changes so much that your experiences will not be interesting to your posterity…You are unique, and there may be incidents in your experience that are more noble and praiseworthy in their way than those recorded in any other life.”

Dr B.P. Singh’s personal narrative is inspiring. His well-documented struggle with the Tongaat Town Board, and later the eThekwini Municipality, over the transfer of the title deed to his parents’ house, together with his experience as an educator, is an integral part of the South African narrative. The struggle of the Buffelsdale community is symptomatic of the struggles faced by many communities in South Africa during the period of apartheid and post-apartheid. BP’s frustration, and that of his parents’, is captured in a style that is both evocative and thought-provoking. He deals similarly with his experience as an educator.  BP witnessed and participated in the transition from an apartheid to a post-apartheid education system. He was one of the first educator’s to teach English Second Language in a former House of Delegates (HOD) school. He skillfully deals with the challenges of integration, the language question, the rural-urban divide, as well as the different styles of management in education. Many teachers will be able to identify with Dr. Singh’s story. I urge every South African, and those interested in the South African experience, to read this book. The African proverb “Until lions have their historians, tales of the hunt shall always glorify the hunter” best sums up the book.  Dr. Singh is one such historian.