The support and encouragement provided by many people contributed greatly to the completion of the book.  I would like to provide my sincerest thanks to the following people for their support 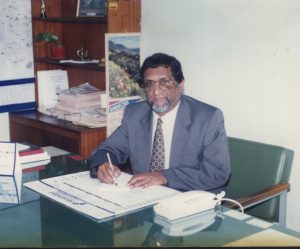 That BP would one day write his memoirs – no, more than that – would write about a journey which he so rightly calls an “Odyssey” was no surprise to me. Our first interaction was in 1994 at Foresthaven Secondary, in a year when the political landscape changed in a most significant way! BP’s energy, enthusiasm and his progressive and insightful leadership in Teacher Unionism were palpable. His frequent questioning and pursuit after justice (in partnership with Elvis Padayachee) about matters affecting his colleagues, pupils and community were well known.

We need not be reminded here that BP must have spent many a long day and night in capturing the poignant realities of events which affected him profoundly – the struggles of his family with the TTB and his fight for fair play in professional matters. To have come to the stage of final print and the launch of his book is a tribute to his creativity, resilience and industry. I am delighted and thankful to be afforded the opportunity to read and share in his truths – whether distressing or sad, happy or triumphant- but certainly touching and affecting!

“When The Chalk Is Down”..? Maybe, but for the BP I know, the Pen will not be down … may you be inspired to keep on writing.