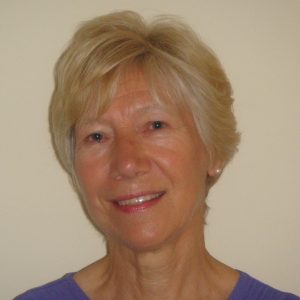 Having had the pleasure of meeting BP during the workshops at DUT in December 2009 and having heard him briefly describe the struggle in which he had engaged in order to gain the deeds of his parents’ house, I was keen to read the novel, which he was also considering might be suitable for a film. In our exchange he had mentioned a little about his background as well as how he had had various brushes with authority, educational and civic/ political, during and subsequent to the Apartheid era.

My response to his writing is in terms of its contribution to literature as a biographical account or memoir of a particular period of BP’s personal and professional life. In many ways it accords with the genre of other works e.g. Sathnam Sanghera’s ‘ The Boy with the TopKnot’, shortlisted for the Costa Biography Award in 2008, and which also tackles issues about the stressful circumstances of parents.

Let me begin by stating what I liked about ‘When the Chalk is Down.’ For me it was a compelling read, always the mark of a good story.

I enjoyed having a glimpse of BP’s journey from childhood, one of 7 children from an Indian family, to his college days and first appointment as the only male educator in a girls’ school, to his subsequent posts of increasing seniority in schools and administration as well as his activity as a Union rep and as the top SA MBA student for MANCOSA.

For me both episodes and contexts were vividly described and enabled me, for example, to relive our own journey in a small car trying to avoid potholes on the unmade dusty tracks in rural KZN!

I could feel, through the power of his writing and the incidents he portrayed, his overriding desire for social justice, his willingness to confront abuses of power, his deep commitment to enhance the resources of rural schools and to more distributed forms of management and leadership in order to empower others in the profession. What I think could engage readers both within and beyond SA, is the insight BP provides into the turbulence within the school system during this period and the personal commitment needed to make a difference when the dice is loaded against you.

Whilst there were times when I felt considerable empathy, I also found myself with mixed emotions as threats of violence, however justified, make me recoil.

Interspersed with this dominant thread was the parallel account of injustices suffered by his parents in acquiring the deeds to their home and the role played by BP in tackling the ineptitude and lack of humanity of civic officials in the restoration process. As with his account of his journey as an educator, so too with his account of his civic engagement, I found myself faced with conflicting emotions- willing him to win the case for his parents whilst at times recoiling from the way in which he made his challenges to authority. It is though his willingness to recall both the so called acceptable and the unacceptable that gives authenticity to BP’s account.

This narrative is therefore no Slumdog Millionaire with the central character one that I could empathise with unreservedly. BP’s story is altogether more complex as is his character and the issues he confronts.

What came over for me and am sure for others privileged to read ‘When the Chalk is Down’ is the  courage and persistence needed to tackle abuse whether in the education system or in civic life. He provided me with a window into that struggle on behalf of his family and into a system he was both part of and strove to transform.

In the end, despite at times my love hate relationship, he brought a lump to my throat as he described his own response in handing over the title deeds to his mother.  It is a narrative that is gripping and powerful and worth sharing with a wider audience as a novel or film.

Whilst there may be film directors within SA who would be interested, Ken Loach, in the UK, is well known nationally and internationally as a political filmmaker focusing on the hardships of those who are often marginalized. Many of his films are noted for their social realism and naturalistic style which could well be appropriate to capture the essence of BP’s work.