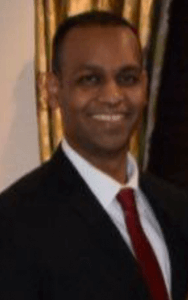 BP Singh is someone who understood the fundamental role of an individual in bringing about fundamental social change, and this book becomes even more important in this “democratic” age precisely because now the post – colonial society complicates our understanding of the prophetic traditions found in the Indian and African Civilisations with the great irony of our time being that in our new society of “freedom” the grand prophetic fires  that once blazed in families and leadership of the freedom movements is today weak and feeble and with both civilisations enjoying high societal status and the bountiful access to materialism we see that the courageous and radical voices that once bared critique to the structural colonial powers have been at best pacified and at worst  dismembered.

BP Singh’s story reignites the lost traditions that are connected to the plight and predicament of the working class and poor people providing a navigational tool to the contemporary society that has become so well adjusted to indifference and so well adapted to injustice living in the same system that today is extremely hybridised in formation and well established in function and distribution producing results evident in society contributing to the dramatic decline and destruction of families, the increase in mass unemployment, the middle class devastated with stagnating wages and increasing prices, decrepit schools and education that does not produce any character, indecent housing, science and technology without humanity and the staggering increase of politics without principles.

BP’s story reminds us all that today the leading causes of the decline of such Prophetic traditions are actually twofold in South Africa. First there is a shift of prophetic leadership, mainly in the African and Indian civilisations from the voices of the social movement’s which were tied down to a strong moral conviction to those elected officials in the mainstream political system who are tied to ruthless ambition.  Today it is clear that this shift is a part of a larger structural transformation in the history of mid-twentieth century capitalism in which neo-liberal elites marginalise social movements, individuals and morally convicted voices in the name of consolidating a rising oligarchy at the top, leaving a devastated working class in the middle and the desperate poor people whose labour is no longer needed at the bottom.

Secondly, the book awakens us to the fact that this neo-liberal shift produces a culture of raw ambitions and instant success that is seductive to the most potential leaders and intellectuals, incorporating them into a neo-liberal regime. This culture of superficial spectacle and hyper-visible celebrities highlights the legitimacy of an unjust system that prides itself on individual upward mobility giving us a helicopters perspective on the South African neo-liberal regime which contains a vicious repressive apparatus that targets those strong and sacrificial leaders, activists and prophetic intellectuals who are easily discredited and de-legitimated. BP Singh’s story re-acquaints us in our collective truth and in our individual moral conviction igniting our innate prophetic fires which primary function has always been to shatter the narrow and highly deodorized discourse of oppression or some empty victory that is being celebrated.

When The Chalk Is Down presents both an empirical and practical experience which meets the single criterion of a classic, a vocation of agony and a language of the unheard, with humility, levity and longevity accompanied with gloom and joviality this books is deserving of a 21 gun salute setting alight the calling for the prophetic traditions to return to the public domain as to sustaining the engines of courage, the refusal to be stopped, this courage to be, this determination to go on in spite of, is the hallmark of this great story, insightful and uplifting and a powerful testament to the life of a wonderful human being.