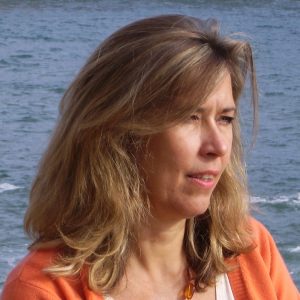 The first time I met BP was at a setstuThe meeting which Prof. Joan Conolly had invited me to attend at DUT. I had just decided to do a self study masters degree and she felt the weekly meeting with others working on their masters or doctorates would assist me with my own study. I arrived feeling very shy and intimidated by the prospect of such learned company but was soon made to feel at ease with the warm welcome which Joan extends to us all.

BP was one of the first members of the group that I felt drawn to. His quiet humility and integrity were immediately apparent to me and I was drawn to listen to his contributions with deep interest. Over the weeks a comfortable and meaningful interchange of ideas became the norm. When he however asked me if I would like to read his book “When The Chalk Is Down” I felt deeply honoured. He asked me to just write whatever my responses were as I read the book and so this is what I have done.

BP handed me a copy of his book at the end of 2009 just prior to the end of year holidays which always seem to include many visits from friends and family. That year proved to be no exception. I was given very little time to read his work with the uninterrupted concentration I felt it deserved, so I waited until early in January to find time to read and respond to his work.  As I settled down to do so I was immediately drawn into a sort of parallel, de je vu experience.

As I read the experiences of BP, our similar ages immediately encouraged me to be drawn to recall my own experiences during the years he mentioned. We had grown up under the same Apartheid regime but due to the nature of that policy of “separate development” we were encouraged to be unaware of how unequal that ‘development’ was. I felt myself drawn to recall where I was and what I was doing during his times of struggle. I was also aware of how his childhood seemed so much like mine.

I had a relatively happy childhood with many times of laughter and fun and I was not aware of the political inequalities that so many others were aware of. I grew up in a very patriarchal family where I was told to be “seen and not heard”. I was sent to an all girls’ school and sent to ballet classes to encourage my grace as a young woman. I was never allowed to question the authority of my father who felt that all the world’s responsibilities belonged to the world of men. Reading BP’s accounts of his childhood made me realise how “sheltered” my upbringing had been and made me question how I had been able to be so unaware of the plight of so many others. His loving family and deep commitment to his parents resonated with my own.  I too trained as a teacher (a profession very suited to my role as a woman) and I too was given a bursary to study at university as long as I majored in Afrikaans and then worked for the government to pay off my loan.

The parallels between my childhood and that of BP seemed to be hauntingly similar and yet divergently opposite. His parents never knew the joy of owning their own home and mine did. Education was a constant struggle for his family and mine was an accepted given. He was appointed to a school that required great sacrifices to be made both personal and financial, while I was appointed to a school that was 20 minutes from my home. My position of privilege as a white in Apartheid South Africa stood in stark contrast to the struggles of BP and initiated waves of personal guilt as I began to assume a collective responsibility for all the injustices of the time. I felt a deep empathy for the man I had come to regard as a friend and with the turning of each page I felt a deepening respect for him as he fought for justice at every turn. His instinctive response to injustice in every form resonated with my own but I felt that while I may have grown up privileged to be white in Apartheid South Africa, I was as a woman, not accorded the same privileges as that of a man. His battles seemed incomprehensive to me as I tried to imagine myself trying to do the same. Perhaps that is one of the qualities that I instinctively sense with BP: his deep sensitivity to feminine issues and his genuine care for all who may be victims of injustice.

His battle for his parent’s home was indeed his, but it seems to me that his life’s journey has been similar to the building of a new house: each battle that he has fought and won has been another brick in the building of the man that is BP today. A man of integrity and profound empathy for all that he senses to be unjust, as well as a man with the courage to face those injustices head on. South Africa has much to improve but with men like BP continuing their quest for justice at every turn I feel a deep gratitude to be able to share ideas with him at our weekly sessions and I thank him for the privilege of responding to his work. His is a story that must be heard and is one that will resonate with all those who grew up during Apartheid. It will also serve as a reminder to all who read it that no matter what battles we may face in education or life in general, that to face those challenges with heart is what matters the most.